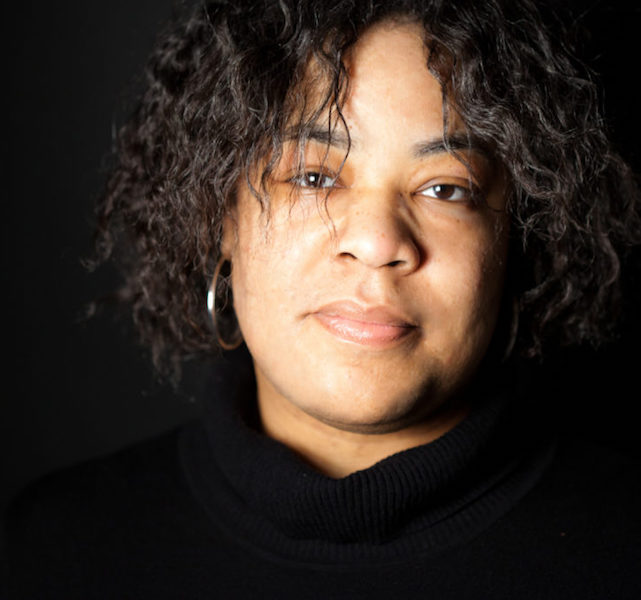 Kamilah Aisha Moon (1973-2021) was born September 5, 1973, in Nashville, Tennessee. She received a BA in English from Paine College and earned an MFA in poetry from Sarah Lawrence College. She was the author of Starshine & Clay (Four Way Books, 2017), a finalist for the CLMP Firecracker Award, and She Has a Name (Four Way Books, 2013), a finalist for the Lambda Award and the Audre Lorde Award from the Publishing Triangle. A Pushcart Prize winner and a 2015 New American Poet, she has received fellowships to Vermont Studio Center, Rose O’Neill Literary House, Center for Faith and Work, Hedgebrook, and Cave Canem, Moon’s work has been featured widely, including in Harvard Review, Poem-A-Day, Prairie Schooner, Southern Humanities Review, Colorado Review, Oxford American, Best of the Net, and elsewhere. She has been featured nationally at conferences, festivals, and universities including the Library of Congress and Princeton University.

On the NPR program All Things Considered during a review of “Three Books That Capture America in Poetry,” Tess Taylor remarked that “the Moon book [Starshine & Clay] was incredibly moving to me because it’s sort of Whitman even deeper. It’s Whitman singing the body electric… they are poems that are so rich with empathy and compassion, you know, for other people, for herself, for the kind of sufferings of the body. And I just found that they were just wonderful. I almost couldn’t put this collection down. I read it all through.”

Grace Cavalieri in the Washington Independent Review of Books wrote about Starshine & Clay, “Poets like Moon who rely on the radical facts of our humanity, and describe them well, produce a physical as well as mental response. Some poems here make my heart beat fast. This heroic writing is in the spirit of Nina Simone’s ‘Mississippi Goddamn!’”

Award-winning poet Brenda Shaughnessy in her New American Poet citation noted about She Has a Name, “True compassion mirrors—refracts, fragments, divides—to allow the one who suffers to feel less alone, not to provide an identity for the mirror. True compassion is rarer than we like to think. This book reveals a motherlode.” About Moon’s reading style and presence, Shaughnessy wrote, “I must suggest everyone try to hear this poet read in person: it is unforgettable…it’s not too often that I sense a crowded room united in the soft voice of a very unassuming poet—but Moon’s modesty and calm cannot quiet her power, the force of her passionate and precise language.”

Moon taught at several institutions, including Rutgers University-Newark and Columbia University. At the time of her death, she taught poetry and creative writing at Agnes Scott College in Decatur, Georgia. Visit Pen America for an interview with Moon.