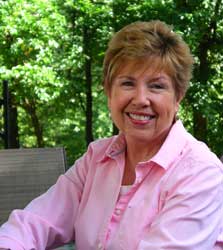 Do you want to remain completely unharmed? —Jorie Graham My husband tells of the time he parachuted on a dare from his son, how unflaggingly mindful he was as the door of the plane slammed open against the hard slap of sky, how his hands on the struts turned to iron claws as the trainer […]

Fact is, I want to like them, if for nothing else than their name, all darkness and mystery, the click in my mouth, my lips closing and falling open. But I hate they way they hammer the roof, the raw unstitching as their green—not black—jackets split open, the way they spill their guts, black juice […]

Oh yes, I believed in rewards, white steeds, crossed fingers. But now? Give me the moon’s agitation, its fits and starts, its hoodwinking heart. See how it pretends to finish, only to rub out the canvas and invent itself again. Clouds do not stay still; the seasons are not idle. What good has patience done […]

Elizabeth Volpe talks about how she came to write poetry.