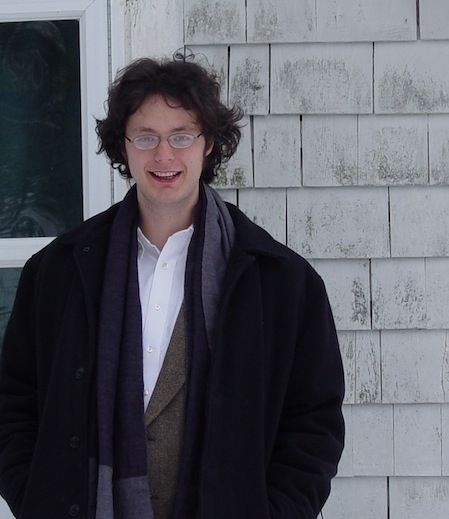 Ilya Kaminsky was born in Odessa, former Soviet Union, in 1977, and arrived to the United States in 1993, when his family was granted asylum by the American government. Ilya is the author of Deaf Republic (Graywolf Press, 2019) and Dancing In Odessa (Tupelo Press, 2004), which won the American Academy of Arts and Letters’ Metcalf Award, […]

We Lived Happily During the War

In Our Time (formerly, Of Deafness)

Each man has a quiet that revolves around him as he beats his head against the earth. But I am laughing hard and furious. I pour a glass of pepper vodka and toast the white wall. I say we were never silent. We read each other’s lips and said one word four times. And laughed […]

Motionless forgetful music of women and men touching each forehead, breathing a soul into each immeasurable other, on earth where we are, stranger, through madness unattainable or grace, in difficult traffic reaching for each immeasurable other: no one on earth (o bitterness, o desire, –who commands the ships?— or, who–) touching the Lord’s shoulder, and […]

Second Ending of the Fairy-tale

Such is the story made of stubbornness and a little air, a story sung by those who danced before the Lord in silence, who whirled and leapt. Giving voice to consonants that rise with no protection but each other’s ears we are on our bellies in this silence, Lord. Let us wash our faces in […]

Poster by Maine artist A.F. Norling. On February 2, 2006, From the Fishouse was pleased to present a reading by Ilya Kaminsky at Bowdoin College in Brunswick, Maine. The event, held at the Donald B. MacMillan House, was in conjuction with Bowdoin’s College House system, and made possible through a generous grant by the Mellon […]

Ilya Kaminsky reading Author’s Prayer live at Bowdoin College, February 2, 2006. If I speak for the dead, I must leave this animal of my body, I must write the same poem over and over, for an empty page is the white flag of their surrender. If I speak for them, I must walk on […]

In Praise of Laughter (live)

Ilya Kaminsky reading In Praise of Laughter live at Bowdoin College, February 2, 2006. Where days bend and straighten in a city that belongs to no nation but all the nations of wind, she spoke the speech of poplar trees— her ears trembling as she spoke, my Aunt Rose composed odes to barbershops, drugstores. Her […]