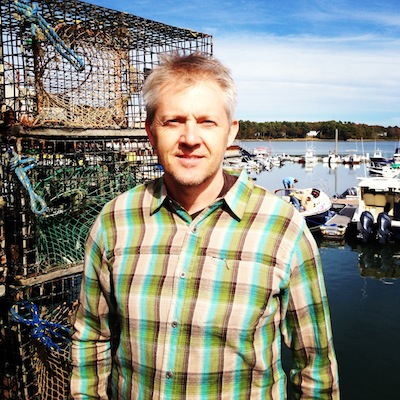 John Poch’s fourth collection, Fix Quiet, was selected as the winner of the 2014 New Criterion Poetry Prize and was published by St. Augustine’s Press in spring 2015. He is also author of Poems, (Orchises Press, 2004); Two Men Fighting with a Knife (Story Line Press, 2008), which won the 2008 Donald Justice Prize; and Dolls (Orchises Press, 2009). He is the editor, with Chad Davidson, of Hockey […]

No one likes to lie or be lied to. —Jorie Graham Once, I pressed my ear against a doorframe in Iowa. Picture a lover fresh from his beloved trying hard to become a doorframe through which that beloved will walk and even sleepwalk. Listen. Ants were eating the house, and you could hear their fun. […]

A dozen scaled quail weave their worried patter through the sage brush to our back porch. I cluck and the lookout mother on the bush looks up, the chicks scatter. An orange wasp mauls passionately the spearmint flowers. An old story, the birds and bees come to summer.   Waking just an hour ago, I […]

for Austin Hummell   The scriptures call it wicked, hypocrite, the bridle turning the horse to war, the rudder the ship to rocks, cursing as it will before the wreck, after the interception, during the bus ride home where we tried the various fricatives in the rebellion of our youth.   While one child’s first […]

Now, there is a fine vine fire blue green illusion in your arms no couturier could deal, no dress on a door could adorn, a deliberate witchery of rhythm in your sobbing. I want to be you, and your cheek against my chest. I am.               I mean, yesterday […]

John Poch talks about a current poetry project on which he’s working.

John Poch talks about the first poem he ever wrote.