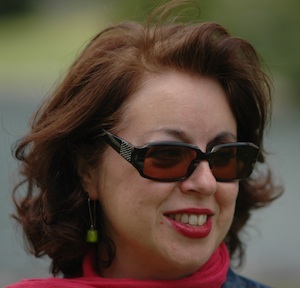 Maureen Boyle grew up in Sion Mills in County Tyrone, Northern Ireland. She studied at Trinity College Dublin and the universities of East Anglia, London, Ulster, and Queens. In 2004 she was runner-up in the Patrick Kavanagh Poetry Prize for an unpublished collection. She was awarded Arts Council bursaries in 2006, 2007, and 2009—including a […]

The Work of a Winter 8

St Antony’s Leuven 1643     The brother has gone in and left the fire and a woman’s voice from the Begijnhof wafts in with the blue smoke of  leaves, gentle as the midnight singing in the dark of the Clares of Lough Ree.  I went there near the end to copy the book of […]

The Work of a Winter 9

Lough Ree was the closing of a circle, for there we’d worked as four for the first time: the two Cú Choigcríches,  Fearfeasa Ó Maoil Chonaire and myself, from sunrise to sundown, from St Francis’s Feast to Mischief Day, on the list of kings and genealogy of saints – sifting, straining dates and notes.  On […]

It’s words from that book that are lively in my head tonight and the memory of a marvel. We’d travelled down to Cloch Uáitéir from Dublin after working on the miracles of Moling and were staying in the barn of the secular priest Robneid Purcell to copy his fragment of the life of Kevin who’d […]

My father made his first garden in that house in Liggartown facing the Sperrins. He named it Lynwood after a military march, my uncle’s was Belphegor.  Tiny bricks came out of red metal moulds like magic, like jellies. He riddled the soil for stones like flour, the mixing of cement an alchemy of sand and […]

He bought that house from a jilted Orangeman who didn’t know that land was not to be sold to Fenians and tried to buy it back.  Maggie Henderson was orange enough to make up for us – King Billy looming in her hall and tea brewed for the ‘wee soldiers’ who set up checkpoints on […]

Maureen Boyle Q&A on The Work of a Winter

Maureen Boyle talks about the genesis of her poem series “The Work of a Winter.”